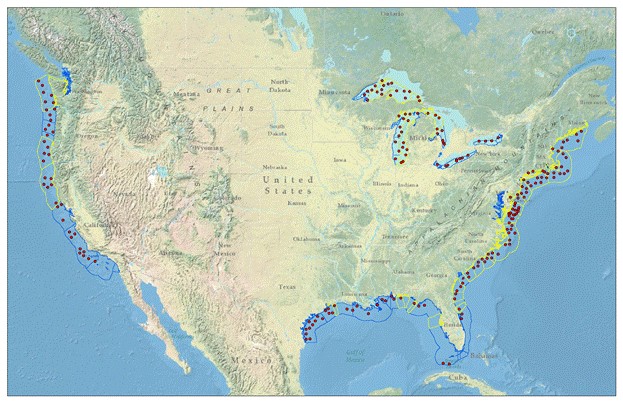 The United States has multiple objectives in developing a national energy strategy. Among these are increasing economic growth, improving environmental quality and enhancing national energy security. Electric power generated by wind resources has become an increasingly important part of the energy production portfolio of the nation. All current U.S. wind production is land-based, in spite of significant accessible wind resources offshore. Many factors contribute to the lower use of offshore wind resources, but among them are accessibility to data for determining resource levels and optimal locations as well as the difficulty and cost of transmitting the wind generated electricity to the onshore power grid.

The intent of the NOWEGIS effort was to help address DOE's two critical objectives in overcoming offshore wind barriers; namely, to reduce the cost of energy and to reduce deployment timelines. The study built upon the significant body of work previously performed under DOE's direction and by the wind industry in order to identify various opportunities for and roadblocks to integration of offshore wind energy into the various interconnections across the U.S. The study team, led by ABB, Inc., included AWS Truepower, Duke Energy, the National Renewable Energy Laboratory (NREL) and the University of Pittsburgh. Each of the team members' strengths and areas of expertise were leveraged to address four primary tasks that assessed offshore wind development around the US coastal regions including the Atlantic, the Gulf of Mexico, the Great Lakes and the Pacific. This study resulted in predictive diagnostics for the various regions, demonstrating the best areas in which offshore wind power could be effectively deployed, as well as the total potential for each area.