Our vision for the Center for Chemo-Mechanical Assembly (CCMA) is to design a palette of chemical reaction networks to achieve unprecedented control over fluid flow and thereby drive the dynamic assembly of nano- and microscale objects in solution. In this manner, we aim to discover new chemical routes to regulate non-equilibrium structure formation. To realize this vision, we are designing cascades of catalytic reactions, controllable in space and time, and harnessing the energy released from these reactions to both propel the fluid and “pattern” the spatio-temporal behavior of the flows. These chemically-generated and chemically-patterned flows drive the collective behavior of suspended objects, thereby yielding new modes of self-organization. 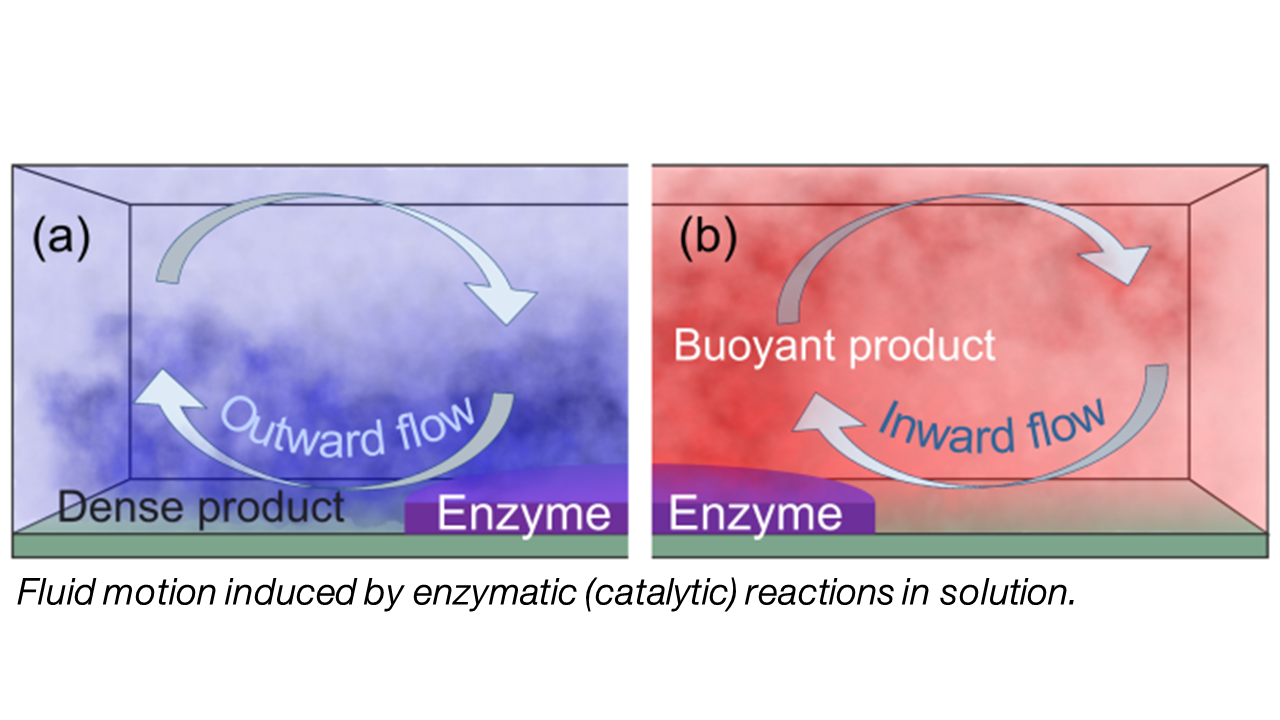 While mechanical and electrical pumps are currently used in microfluidics to drive flow and control the trajectories of suspended materials, our designs let chemistry do the work by generating programmable flow fields that enable chemically driven forms of self-powered assembly. In essence, we are moving “pumping” from the mechanical (electrical) realm to the chemical realm and thus, enabling new, chemically-driven forms of self-powered particle transport and assembly

The migration of a polystyrene particle assembly due to flows from suspended gold nanoparticles under UV irradiation (Speed 300x). After assembly, the beam of light is moved to a new location and the ensemble moves to follow it. (Benjamin M. Tansi, Matthew L. Peris, Oleg E. Shklaev, Anna C. Balazs, and Ayusman Sen. Angew. Chem., Int. Ed. 58, 2295 (2019))