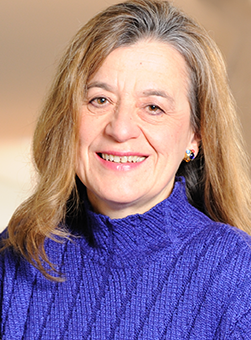 Anna C. Balazs is the John A. Swanson Chair of Engineering and Distinguished Professor of Chemical Engineering at the University of Pittsburgh Swanson School of engineering, and serves as an Adjunct Professor in the Department of Chemistry. She has also held visiting professor appointments at the Scripps Research Institute, University of Texas at Austin, and Oxford University. Her research interests focus on the statistical, mechanical, and computer modeling of complex chemical systems and developing theories for the properties of polymer blends and the behavior of polymers at surfaces and interfaces. Dr. Balazs is a member of the Advisory Board of the Materials Council for Materials Sciences and Engineering Division of the Department of Energy, Basic Energy Sciences, and is a member of the Editorial Advisory Boards of Langmuir, Soft Matter, and Polymer Reviews. She received her MS and PhD from the Massachusetts Institute of Technology. Her postdoctoral research was completed at Brandeis University, MIT, and the University of Massachusetts.

Professor of Polymer Science & Engineering and Director of the NSF Materials Research Science and Engineering Center (MRSEC) on Polymers, University of Massachusetts-Amherst

Todd Emrick is a Professor of Polymer Science and Engineering at the University of Massachusetts Amherst and is an Adjunct faculty member of Molecular, Cell, and Cancer Biology at the University of Massachusetts Medical School. His research focuses on new methodology in polymer synthesis and the preparation of novel polymers for aqueous polymer assembly, encapsulation and delivery, and nano/mesocale assembly processes. Dr. Emrick received his PhD from the University of Chicago (Chemistry Department) in the area of physical organic chemistry, then performed postdoctoral research at the University of California Berkeley in organic/polymer synthesis. He started his independent career at UMass Amherst in 2001 and from 2009-2017 directed the NSF-supported Materials Research Science and Engineering Center (MRSEC) on Polymers at UMass Amherst.

Ayusman Sen is a Distinguished Professor of Chemistry at the Pennsylvania State University. He received his PhD from the University of Chicago where he was first introduced to catalysis. Following a year of postdoctoral work at the California Institute of Technology, he joined the Chemistry Department of the Pennsylvania State University and served as the Head of the Chemistry Department from 2004 to 2009. Prof. Sen is also Adjunct Professor at the International Centre for Materials Science, Jawaharlal Nehru Centre for Advanced Scientific Research, India. He was the Iberdrola Visiting Professor at the University of Valladolid, Spain, the Coochbehar Professor at the Indian Association for the Cultivation of Science, Kolkata, India, and Distinguished Scientist, National Institute for Materials Science, Japan. Prof. Sen has served on the scientific advisory boards of the Department of Chemistry, Indian Institute of Technology, Kanpur and the Max Planck Institute for Intelligent Systems, Stuttgart, Germany. His research interests encompass catalysis, polymer science, and nanotechnology. 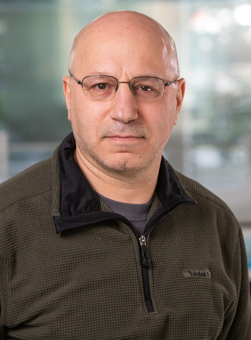 Howard A. Stone is the Donald R. Dixon '69 and Elizabeth W. Dixon Professor and Chair of the Department of Mechanical and Aerospace Engineering at Princeton University, and hold Associated Faculty appointments in Chemical and Biological Engineering, Molecular Biology, and Applied and Computational Mathematics. His research focuses on fluid dynamics and soft condensed matter systems, and, in particular, frequently highlights physicochemical hydrodynamics and microfluidics.  Dr. Stone received his Bachelor of Science degree in Chemical Engineering from UC Davis, his PhD in Chemical Engineering from Caltech, and then performed postdoctoral research at Cambridge University in the Department of Applied Mathematics and Theoretical Physics. Dr. Stone was a Professor in the School of Engineering and Applied Sciences at Harvard University from 1989-2009 prior to relocating to Princeton. Currently he is on the editorial or advisory boards of Physical Review Fluids, Langmuir, and Philosophical Transactions of the Royal Society, and is a Book Series Editor for the Soft Matter series published by the Royal Society of Chemistry.