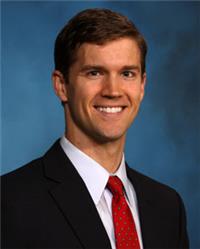 Jeremy Weber is an Assistant Professor whose teaching and research relate to the Energy and Environment Major. After graduating summa cum laude in International Political Economy from Juniata College in Huntingdon, Pennsylvania, Jeremy spent a year in rural Peru researching the workings of coffee grower cooperatives with the support of the Fulbright program. He then began his graduate studies and in 2010 earned his Ph.D. in Agricultural and Applied Economics at the University of Wisconsin, Madison. After working on short-term project for the World Bank, Weber joined the USDA Economic Research Service in August of 2010. While based in Washington Weber taught as an adjunct faculty member for the Master’s Program in Applied Economics at Johns Hopkins University.

Weber has published more than a dozen articles in journals such as Energy Economics, Resource and Energy Economics, World Development, Land Economics, and the American Journal of Agricultural Economics. Two of his recent articles focus on important issues related to the shale gas boom: “A Decade of Natural Gas Development: The Makings of a Resource Curse?” and “The Effects of a Natural Gas Boom on Employment and Income in Colorado, Texas and Wyoming.” While at the USDA, Weber and two of his colleagues also produced a dataset on “U.S. County-level Oil and Gas Production, 2000-2011."